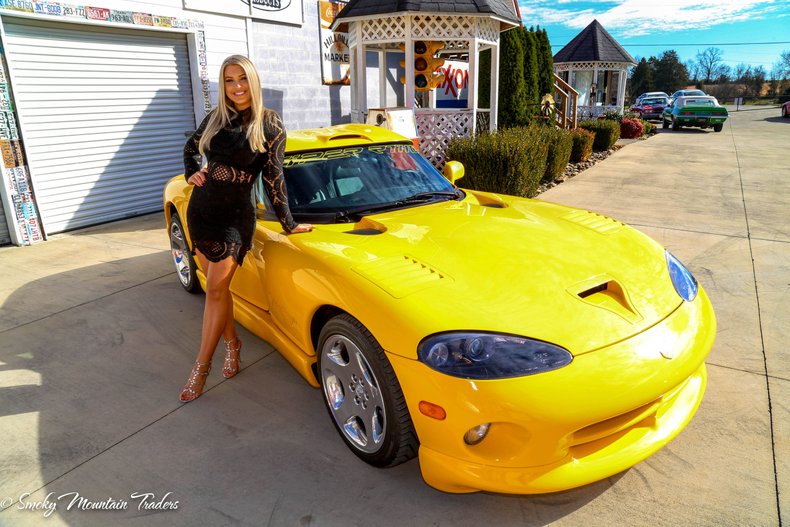 The discontinued sports car slithered its way on to 2020 sales reports.

The Dodge Viper, discontinued in 2017, sold four units in 2020. Under different brand names, the Viper has been around since the early 1990s. It is a 10-cylinder sports car that was created by Chrysler's president of operations Bob Lutz to compete with the original Shelby Cobra.

Using the V-10 engine that was developed for the RAM and low-cost suspension from the Dakota, Lutz sold the idea to Chrylser’s lead engineer and designer. Even Carroll Shelby joined the party and helped with the Viper project. The group presented the concept to Chrysler CEO Lee Iacocca and he gave them the go-ahead.

With only a budget of $80 million, the Viper was brought to life. Dodge first introduced the concept at the 1989 Detroit Auto Show. The first Viper was built with a V-8 engine as the V-10 was still in development.

In 1992, Dodge officially unveiled the Viper RT/10 at the Detroit Auto Show. Even though there was some negative feedback with the original model, everyone still found the Viper highly intriguing.

One of the flaws was that occupants of the VIper could burn themselves on the uncovered exhaust pipes that ran alongside the bottom of the door frames. This was changed in 1996. It was also given a new, stronger frame as well as 60 pounds of weight shed.

Also in 1996, Dodge released the Viper GTS Coupe. Although this version was supposed to be more “civilized” it was just as great as the original roadster. Following years, the Viper became very well known in the racing world.

Throughout the next few years, Dodge continued to revamp the Viper and add (and subtract) features. They added horsepower every year as well as a new coupe top in 2006. So, the Viper now had both a soft-top and a hard-top.

With a few more changes, 2010 is the last year that Dodge decided to produce the Viper. The Final Edition kit graces 20 Viper coupes, 18 convertibles, and 12 ACRs.

Rebranded with SRT, the Viper makes a comeback in 2013. It has been completely redesigned but still holds the original heart of the V-10 engine. One thing that did not change was that the Viper was still made for racing.

Dodge took back the Viper in 2015 and made some revisions to the V-10 and look of the vehicle. Even more horsepower was given to it and it was still the champion of the racing world. According to an article from Car and Driver, “at Lightning Lap 2016, a Viper ACR circles VIR’s Grand Course configuration in 2:44.2. The time is the best of the event and remains among the top-five Lightning Lap times we’ve recorded through 2017.”

Will the Viper make a comeback under Fiat Chrysler Automobiles? That is yet to be undetermined. All that is known is that Smoky Mountain Traders recently was lucky enough to have a 2002 Dodge Viper RT/10 in our inventory. The Viper did not last long on our lot and quickly sold.