Taking a Look Back: American Supercars 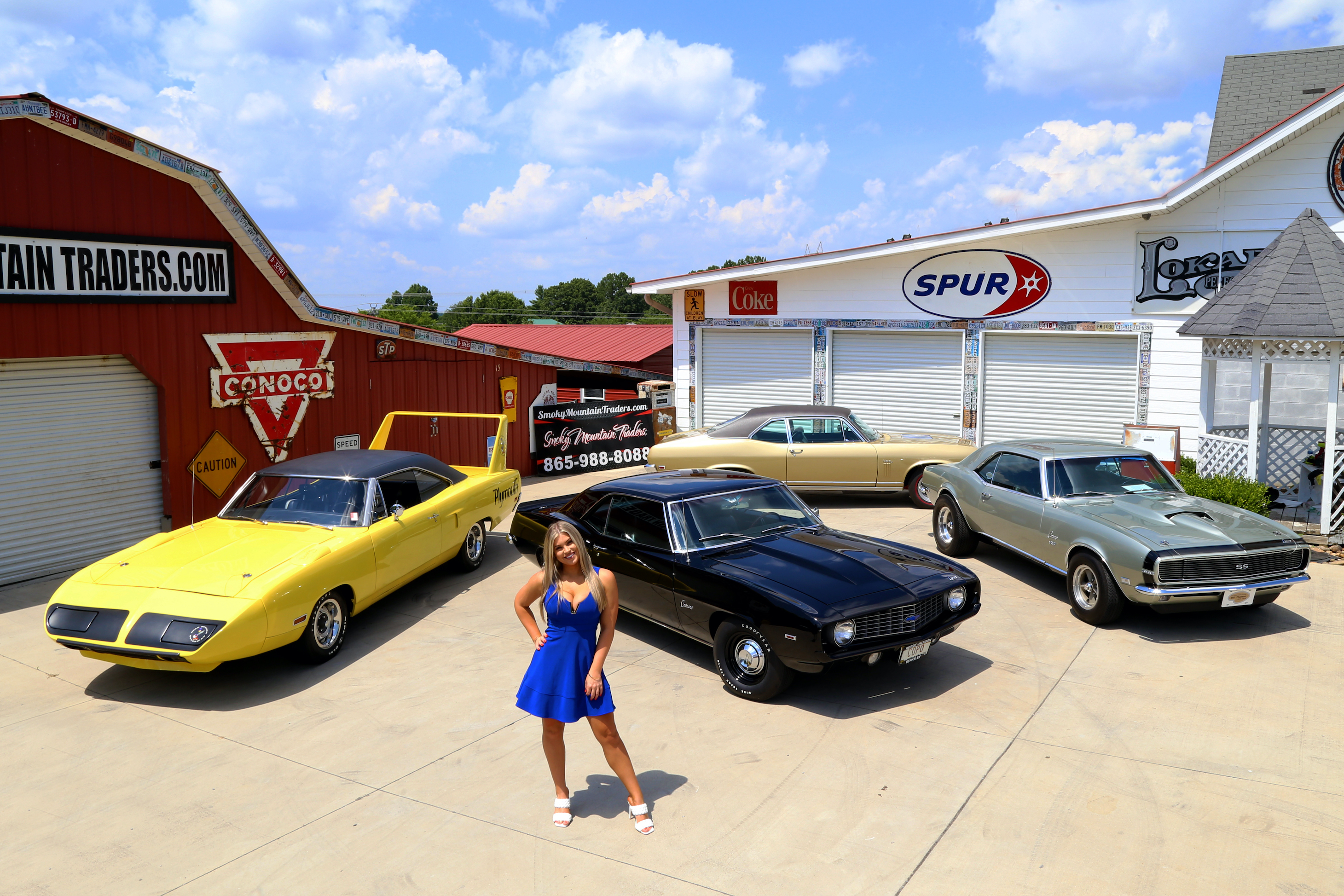 Taking a Look Back: American SuperCars

Back when these cars were introduced, Americans called them supercars. This was because they were more than a sports car. According to a variety of automobile experts, a supercar is typically a powerful car that is designed with performance being the main focus versus cost and accommodation.

Let’s take a look at these four classics and see what they are really made of.

This Camaro COPO was once in Reggie Jackson’s personal automobile collection. The history of this car goes back about 40 years. Brand new, the COPO was sold at Queen City Chevrolet in Ohio. In 1982, Jay Nixon restored it. This car was featured in Super Chevy 1984 along with being owned by multiple collectors like Reggie Jackson and Cecil Fielder. It comes with the MacNeish Certification of Authenticity.

Originally, the car was the true “Hugger Orange;” however, Nixon changed the color to Tuxedo Black – which has been buffed and polished so immaculately one can see their reflection. This just shows how sleek the body of the car really is. Looking down the side, one can see how perfect the body lines and gaps are.

The heartbeat of this Chevrolet is nothing short of impressive. It is powered by the MN coded 427-425 HP L72 Engine that is mated to the Matching Numbers M21 Muncie 4 Speed Trans and the 12 Bolt Posi Rear with 4.56 Gears. The engine is set up with the correct Winters Rectangle Port Intake 3933163 Casting and the Holley 3959164-GE Carburetor. For exhaust, it has the 3909879 and 3916178 manifolds with dual pipes and the Cross-Flow Muffler. To keep it cool it has the Correct 00 Coded Harrison Radiator that is dated C 1969. The floor pans and frame are also in excellent condition.

How can one not be impressed with this Camaro COPO? It is a true collector's item.

What a rarity. This particular car is the 178th to be produced out of only 2,000. Today, only half of those produced are on the road.

This Superbird is painted in the original factory option of Lemon Twist with “Road Runner” decals. Plymouth designed these cars specifically for Nascar. They were made with emphasis put on aerodynamics in the wind tunnel and computer data. Because of these reasons, Richard Petty made the switch from Ford to Plymouth. Our Superbird features the King's signature on the front driver side – which makes this car even more special.

Under the hood, it's powered by the Matching Numbers 440 Engine that's set up with the correct 2951736 Intake with a Holley 750 Carb. It has the stock style valve covers and air cleaner. It has the fender tag, radiator support stamping, and trunk lip stamping. The 440 V8 is mated to the Matching Numbers 727 Trans that goes out back to the Sure-Grip 8 ¾” rear end with a 3.55 gear. For exhaust, it has the correct 2899879 and 2951865 Manifolds with dual pipes and Turbo Mufflers. This Superbird comes with power steering and power brakes with discs on the front and drums on the rear. When you look under it, you will notice it has the factory undercoating and that everything looks to be solid and in great condition.

Take flight in this Superbird and ride like a king (or queen).

Painted in Olympic Gold, this 1969 Chevrolet Nova SS 396 is a true beauty. This car was once designed to be the “baddest beast” on the road. This Nova has an impeccable photo-documented rotisserie restoration. It offers a Numbers Matching L78 396 engine and comes with the original Fisher Build Sheet showing it to be a COPO ordered vehicle.

This car has been completely restored and no detail was left behind. The interior was redone in the factory black option. It also comes with a custom bench seat that matches the rear seat. This 4-speed manual only shows eight miles since the restoration.

The heartbeat of this Chevy was not forgotten in the restoration. The correct GM stamped hoses were used and the work was done as close to original as possible. It features the Matching Number L78 396 375 HP engine with JH Suffix Code. The Nova is set up with the correct 3933163 Winters Intake and Holley Carb 3959164-GE 4346 Carb. The L78 Engine is Mated to a Counter Case Muncie Four Speed Trans that runs back to the 12 Bolt Posi rear with 3.55 Gears. For exhaust, it has the correct 3909879 and 3916178 Manifolds with 2 ½” Dual Exhaust and Factory Style Muffler.

This ‘69 Nova SS will make any driver feel like they have won the gold.

A true piece of muscle car history, this 1968 Chevrolet Camaro SS 396 has a rich story to tell. Designed as a true supersport, this car was then taken to Bill Thomas of Bill Thomas Races Cars in Anaheim, California, where he professionally prepared the engine and transformed it into a racecar.

The previous owner, Troy, closely worked with Thomas and the original owner while restoring the Camaro. He wanted to keep it as true to its originality as possible. This restoration is what we see in the car today. It is covered in Seafrost Green paint that is accented by black. The entire vehicle has been buffed and polished to a mirror finish. This really shows off the arrow-straight body lines of the Camaro.

Taking a look under the hood is a Matching Numbers 396 block – which is rare for a Bill Thomas car because most of his builds had the 427 transplant. The original owner wanted to stay with the 396 and Thomas transformed Chevrolet's 396 into a sleeper big block that could terrorize any 427 on the street in '68.

Troy made sure to keep everything as close to original as possible, and he did just that - even under the hood. It's set up with the Offenhauser Intake and Two Carter AFB Four Barrel Carbs, and a Comp Cams solid-lifter set up like what was used in '68 was installed. The engine is mated to the Turbo 400 Trans and the 12 Bolt Posi Rear with Bill Thomas traction bars. For Exhaust, it has Coated Hooker Headers with dual pipes and the stock style dual muffler.

A true piece of muscle car history is right here in East Tennessee.