Then and Now: Two Years of Firsts for the Chevrolet Corvette 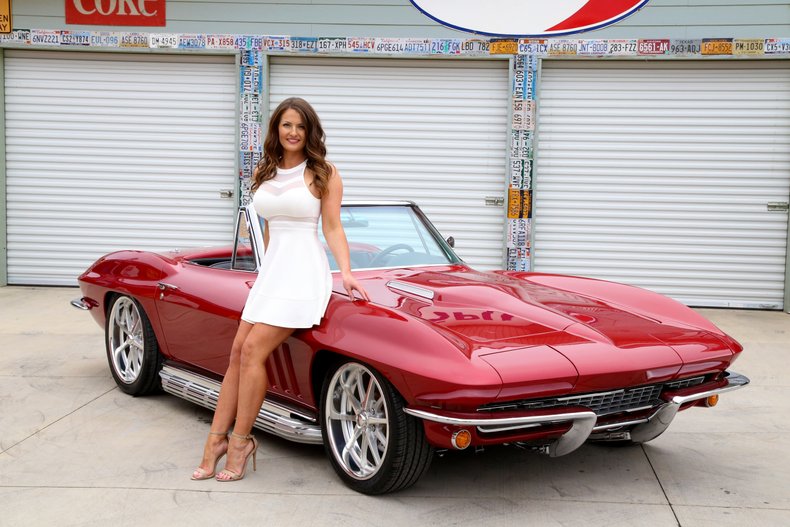 General Motors wanted something more. Using the British-era sports car as a base, GM’s Chevrolet came up with the Corvette (or the Vette) and originally produced 300 of them. Unfortunately, they only sold 183 cars out of their first run; so, back to the drawing board they went.

In 1955, Chevrolet added a V-8 engine to the Corvette and it is finally considered to be up to the sports car standards as far as performance goes. In the coming years, it kept improving – more colors were made available, faster and stronger engines, and a new sleeker look.

The Corvette continued to change slightly over the next few years. Perhaps the biggest change came in 1965 when Chevrolet introduced it’s big-block V-8 engine and offered four-wheel disc brakes instead of the customary drum-brakes. This engine produced 425 gross horsepower.

For racing, there were even more options made available as far as upgrades go such as a larger gas tank. Standard upgrades included an automatic transmission, AM/FM radio, and genuine leather seats.

In 1965, over eight-thousand Corvettes were produced but less than 14% featured the new L78 engine.

Jumping forward 55 years. The Vette has undergone even more changes – both physical and mechanical. The 2020 Corvette C8 is also a first of its kind. It is the first mid-engine Corvette in history. The engine is now behind the passenger seat instead of in front of it – hence the term “mid-engine.” The engine is still a 6.2-liter V-8, making 490 horsepower and 470 lb-ft of torque.

Another first for the Corvette is the fact that only an 8-speed dual-clutch automatic transmission is available – no manual transmissions are offered for the 2020 C8 model. However, the two-seat set up is still the custom for the vehicle. The difference here is that the cab is moved closer to the front of the car because of the engine. There is also both front and rear trunk space.

Unlike the ‘65 Vette, the ‘20 Vette features many technological upgrades as well. There is a touch screen radio system, the ability to have a mobile hotspot, and has Bluetooth capabilities.

While there are some major differences between the two models of the Corvette, one thing still remains true – it still is and has been a real beauty over the years. It has not been the smoothest ride for the Corvette, as GM has considered stopping production due to the lack of interest at time; but, they kept it going and it has become known as America’s Sports Car.