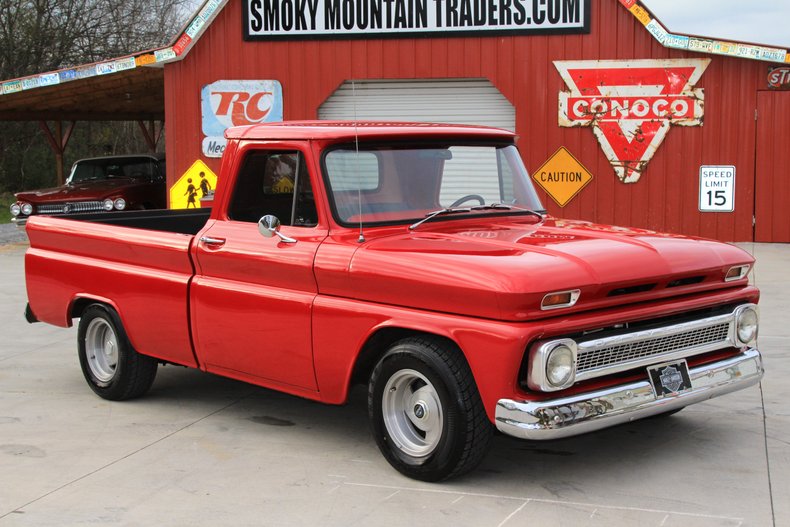 Up for sale we have a 1966 Chevy C10 Pick UP. This truck was restored a few years ago and had some upgrades done at that time. Everything is covered in the red paint that shows good. The fuel tank was moved to under the bed with the filler added in the bed. On the inside of the bed it's done in black. The interior of the truck is done in a Red and Black scheme. The seat is a newer style that's black along with the black carpet. It has a tilt column with Grant Wheels. Also it has Auto Meter gauges added along with Vitnage Heat and AC. Under the hood it's powered by a 350 V8 that's mated to a Turbo Trans. Also this truck has Power Steering and Front Disc Brakes that are Power, also the hubs have been changed to 5 lug front and rear.