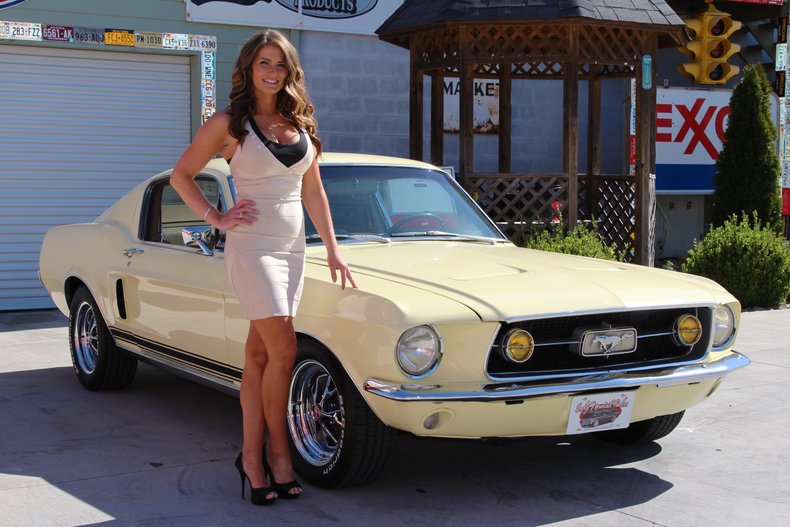 Up for sale we have a 1967 Ford Mustang GTA 390 Fastback. This Mustang is an S Code 390 Car with the Marti Report showing it's a factory GTA which was a one year only option. It was specifically built for Bruce Peterson. He was a test pilot for NASA in the late '60's and survived a crash of a wingless aircraft at Edwards Air Force Base. His story was the inspiration for the television series “The 6 Million Dollar Man.” The body is covered in Spring Time Yellow that that has a slick finish and killer eye appeal being accented by the Black GTA stripes. When you look down the side the panel fit it is good with straight panels. This 'Stang has the side scoop to cool the rear brakes. Also, it has the driving lights in the grill and with dual chrome mirrors and the working power antenna. This '67 is sitting on a set of factory chrome rallies with BF Goodrich white letter tires.
On the inside it's done in the Saddle Tan Luxury Interior that provides a beautiful complement to the exterior. This Mustang has the tilt away column along with the factory tach. Also, it comes with the overhead console that has the dual map lights. This is a floor shift car with the console delete, but has had the cruise control added. To complete the interior this 'Stang it has Factory AC and Stock Seat Belts.
Under the hood it's powered by the '67 Model 390 V8 that's mated to the Automatic Trans and 9” Rear End. The engine is dressed with Ford Chrome Valve covers and a Chrome Breather Top. As you can see from the pics the AC compressor is the York style which is correct for this year. The brakes are Front Disc that are Power and it also has Power Steering. When you look under this GTA it's solid from front to back.
If we can help you in any way with questions or a specific picture, you can call our office at (865)988-8088. Or feel free to call Daniel at (423) 807 0600, Devvin at (865) 256 2366, or you can e-mail us at smokymountaintraders@yahoo.com. 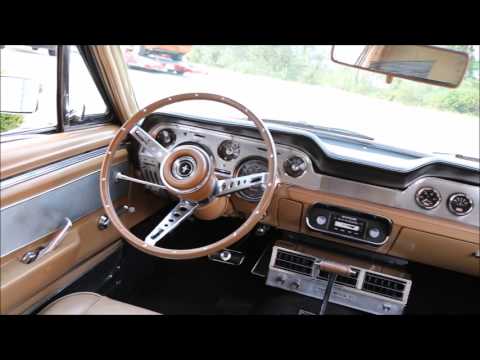