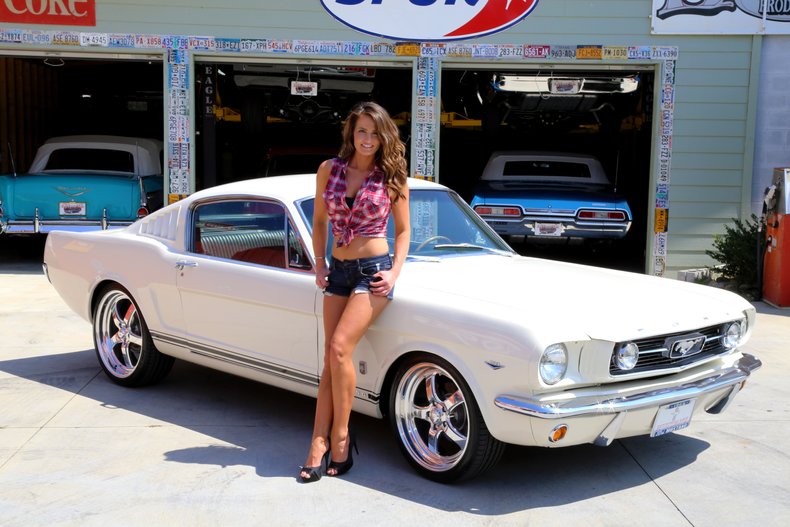 Up for sale we have a 1966 Ford Mustang Fastback. In 2007 this car underwent a full restoration from top to bottom. The body was stripped down to a shell and they replaced both quarter panels. After they were installed it was blocked it until it was laser straight. Everything is covered in the Wimbledon White base coat clear coat that has been buffed to a deep rich shine with a slick finish. The White is accented by the Black GT Stripes down low. New bumpers were added front and rear along with a new grill and fog lights. Out back new tail light bezels and lens along with the exhaust trumpets. To finish off the look it's sitting on a new set of 18” and 20” Billet Wheels with new tires.
On the inside it was all replaced as well and is done in black to complement the exterior scheme. It has the factory bucket seats that are covered in the correct Pony Vinyl and the seats had new foam added before being recovered. All the gauges have been changed out to VDO and a new radio was added along with the Vintage A/C. This Mustang has a new steering wheel, seat belts, and under the dash it has a new harness.
Under hood it's powered by a 289 V8 that's been built and bored 30 over with new pistons, rings, and bearings. It's fitted with a Four Barrel Intake and a 600 Holley with Chrome valve covers and a chrome breather as well as a new radiator to keep it cool. The trans is a C4 that's mated to the 8” Rear End. This Mustang has had the brakes updated to Power with disc up front and drums out back. The exhaust flows thru duals with Flow Master Mufflers. A very nice job was done fitting the aftermarket A/C and Heat as well. When you look under this Stang the floor pans are new and it has a new fuel tank with new lines for the fuel and brakes.
If we can help you in any way with questions or a specific picture, you can call our office at (865)988-8088. Or feel free to call Daniel at (423) 807 0600, Devvin at (865) 256 2366, or you can e-mail us at smokymountaintraders@yahoo.com. 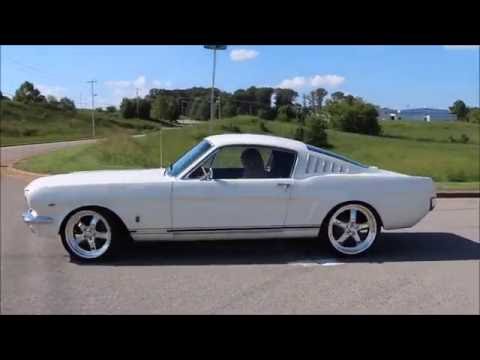