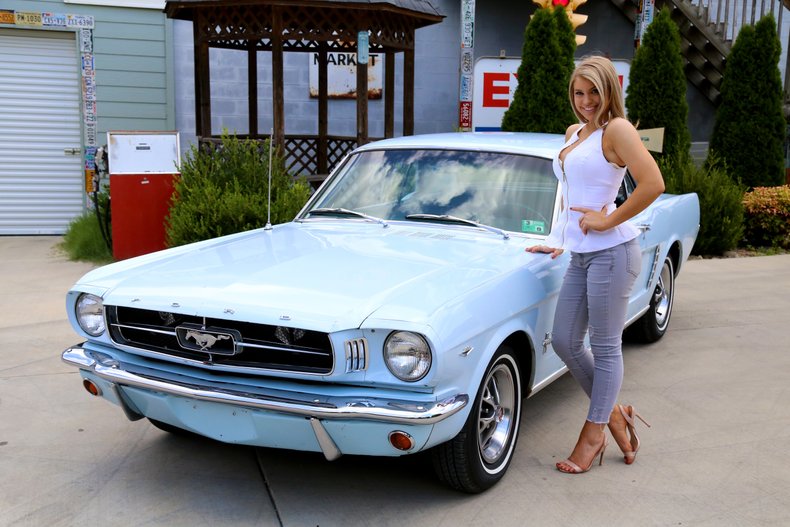 Up for sale we have a 1965 Ford Mustang Coupe. This car appears to feature a lot of originality. It's a factory C code car and comes with Power Brakes, Power Steering, and Air condition. When you walk around it the body panels appear to be factory with all the gaps being symmetrical, and the fit of the doors, hood, and trunk are great. It's covered in the Arcadian Blue Paint that looks to be mostly original. All the glass looks to be factory along with the window trim. All the chrome is still very nice, but is showing some age. To finish off the look it's sitting on a set of 14” Styled Steel Wheels with Hankook Tires.

On the inside, it's also done in what appears to be the factory interior. It has the blue crinkle vinyl with a front bench seat. The seat covers are older and there's a small tear on the driver side. Both door panels appear original and are in very good condition. The headliner is done in the light blue and is also very nice for its age. Looking at the dash it all appears stock, and the dash lights are working. The AC is mounted under the dash and is also working.

Under the hood it's been upgraded to a 302 Engine that's set up with a Ford Intake and AutoLite Carb. It's dressed in stock style valve covers and breather. The engine is mated to a C4 Trans and 8” Rear End with a 2.80 Gear. This Mustang has Power Brakes, Power Steering, and Air Condition. The exhaust flow thru stock manifolds with the stock style exhaust. When you look under this '65 it appears to be all original floors and frame, there's even still some factory over spray on the floors.
If we can help you in any way with questions or a specific picture, you can call our office at (865)988-8088. Or feel free to call Daniel at (423) 807 0600, Devvin at (865) 256 2366, or you can e-mail us at sales@smtclassics.com.

History of the 1965 Mustang

In 1965, the Mustang met Shelby American, a car customizing company. This match made in heaven introduced the Shelby Mustang, which was the higher power version of the standard Mustang. Ford approached racing legend Carroll Shelby to design a unique racing variant of the Mustang. On January 27th of 1965, the first Shelby Mustang was created: a Wimbledon White Shelby GT350. In that year, a total of 562 GT350's were created, along with a race version: the Shelby GT350R.
The year 1965 also brought us the first Mustang GT (Grand Touring) option. With the GT, you could choose one of two optional V8 engines, with either 225 or 271 hp, along with a pick of a three- or four-speed manual, or Cruise-O-Matic transmission. With this upgrade, you also got a special dashboard instrument cluster (which later became standard in '66), stripes on the lower body sides, fog lamps on the grille, and unique GT badges.
In just its first year of production, 418,812 Mustangs were sold. It wasn't just adults who wanted a Mustang - in the 1964 Christmas season, over 93,000 pedal-powered children's Mustangs were sold. 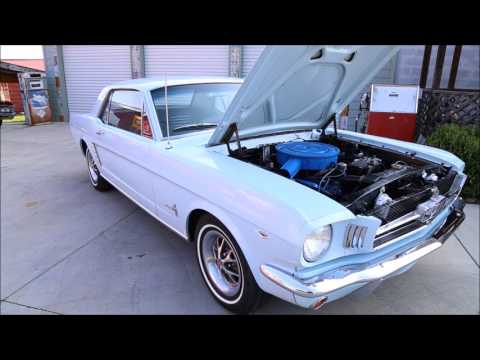